The Man From Earth

Perhaps one of the most iconic and widely seen movie posters in Works Design Group’s portfolio is that of Jerome Bixby’s The Man From Earth. It remains one of the best examples of our philosophy that it is never too early to think about how you are going to package and market your film. 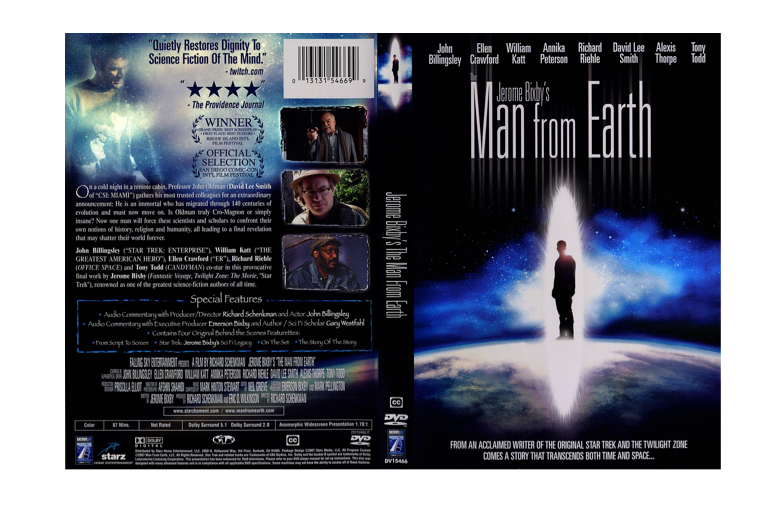 Work on the poster started before the film was fully cast or principal photography had even begun. Initially thought to be a teaser image or a stop gap until until a “final” image was produced, the poster not only remained to represent the film but was also eventually used on the home video packaging from Anchor Bay / Starz Entertainment.

In the years since it’s 2007 production, The Man From Earth has built a “cult” following that began before the film was even released to the public. As described in a recent article in the Hollywood Reporter, a copy of the film had gotten out and was being illegally downloaded through file sharing sites across the internet, while becoming perhaps the first “BitTorrent blockbuster”

What is normally considered a negative became a more valuable marketing tool than the producers could have ever afforded on their modest budget. “In one week, Man From Earth jumped 7,700 percent on IMDb’s MOVIEmeter, a statistic that tracks activity on a film’s page, becoming the most searched sci-fi movie on the site.”  It remains among the top rated Sci-Fi movies on IMDB.

With the internet being so instrumental in the success of the original, the filmmakers are relying on it once again as they have recently launched a Kickstarter campaign to help fund a sequel… or prequel as it is titled “Man From Earth Millennium.”

Once again David Wilkinson and the creative team at Works Design have been called upon to create the key art and marketing campaign for the project. We are hopeful that the filmmakers are successful in raising their $175,000 budget goal. We are extremely excited to be part of the project and are looking forward to the challenge of creating an image that is as iconic and successful as the original.