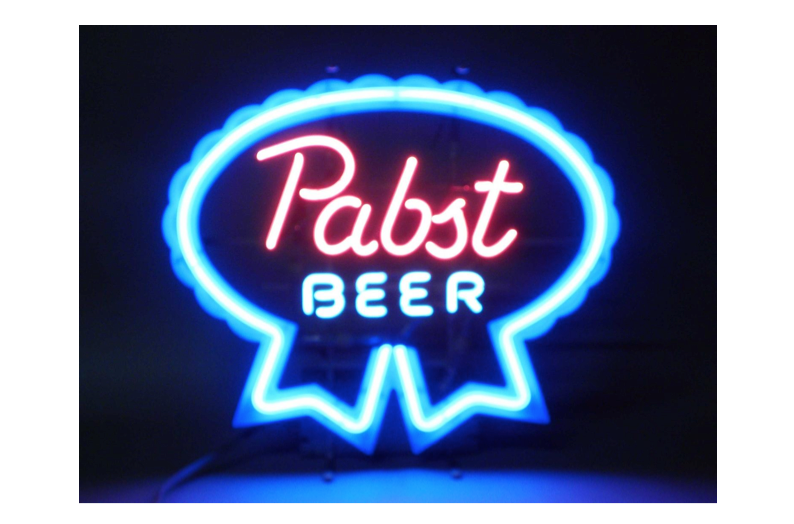 Pabst Blur Ribbon, better known to most as PBR, has served as one of the most popular beers for middle class Americans since its origin in 1844.  What was once the cheapest beer on the shelf is now a global phenomenon.

Brand Repositioning in the Early 2000s

While most companies would have rebranded to appeal to this new audience, PBR opted to keep their branding the same in order to maintain the authenticity that attracted hipsters in the first place. Instead, they sponsored customer events and featured user-submitted photography and fan art on their website to encourage customer interaction, all without calling in the PR team.

Following the example General Motors set in 1999, PBR set out to appeal to a worldwide market and created a case study in brand repositioning.  In fact, big-name brands have been branding to the foreign market for decades. If you’ve ever taken a trip to Europe, you may find Disney comics are just as popular there as they are here. Kit-Kats and Spam are two other food brands that sell just as well abroad—if not better—than they do domestically.

Through a licensing agreement and joint venture arrangement with China Pabst Blue Ribbon, the American company has been able to successfully branch outside of the United States. PBR rebranded their once generic American product with a luxury ad campaign. What has been deemed “Blue Ribbon 1844” is selling for $44 a bottle in China. The specialty beer is considered a luxury in China and gives the perception of riches. 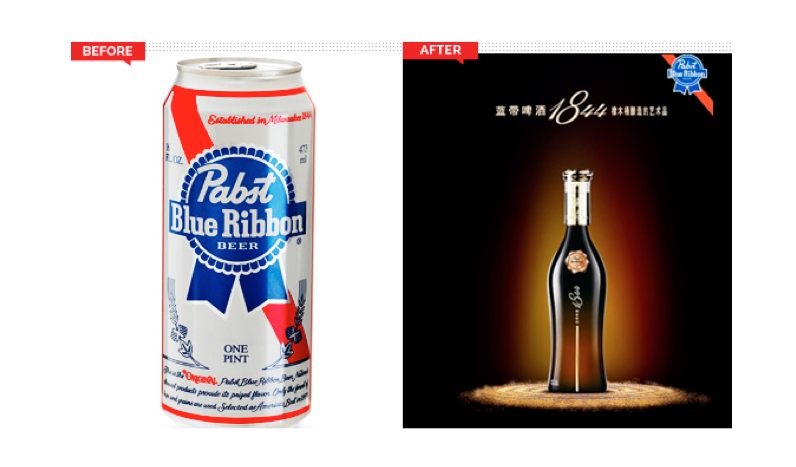 The brewmaster states that the specially crafted reddish brown strong ale is in fact better than its American counterpart. “Blue Ribbon 1844” has the appearance of brandy, an updated recipe, and is aged rather uniquely, but it appears that the branding and perception is what is attracting most Chinese consumers.

PBR was once considered a working-class beer, but due to recent rebranding efforts, it has become the beer of choice for hipsters, college students, everyday Americans, and foreign enthusiasts alike.  The increase in sales led to a 10% price increase in 2009.  PBR’s success domestically and abroad has led to pricing shifts throughout the beer industry worldwide.

Pabst Blue Ribbon has proven that any business can create a successful brand identity and reposition themselves to be who they want to be, regardless of their current image. They continue to be one of the fastest-growing consumer brands in the country, with widespread influence around the world.