Night life in a bottle

Smirnoff is introducing new limited edition bottles based on the nightlife of four of the world’s biggest party locations. Starting last year, this campaign was set to aim to reflect the atmosphere and culture of their place and also have recipes on the bottle for cocktails that best suit that area.

The first four locations are as follows: New York, London, Rio de Janeiro and Australia. According to Pop Sop,

New York famous for being the city that never sleeps, has a wide range of clubs to fit any wallet and taste. London is proud to invite visitors to the coolest clubbing scenes in the world like Ministry of Sound or Club Aquarium where people can dive in the swimming pool or jacuzzi. Rio De Janiero ‘makes’ people moves people through its streets day and night to the rhythm of samba. Nightlife in Australia is diverse, welcoming and unique as every location has something specific to offer.

Let’s take a look at the good stuff, the design! 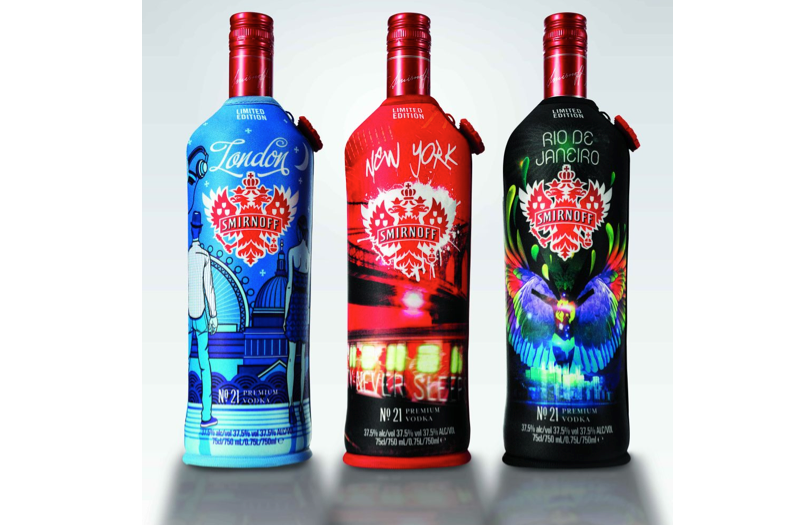 Notice with the London bottle–it has a bit of a refined look, while the New York bottle seems to have more of a graffiti look to it.

What do you think? What about other cities? Will there be more?