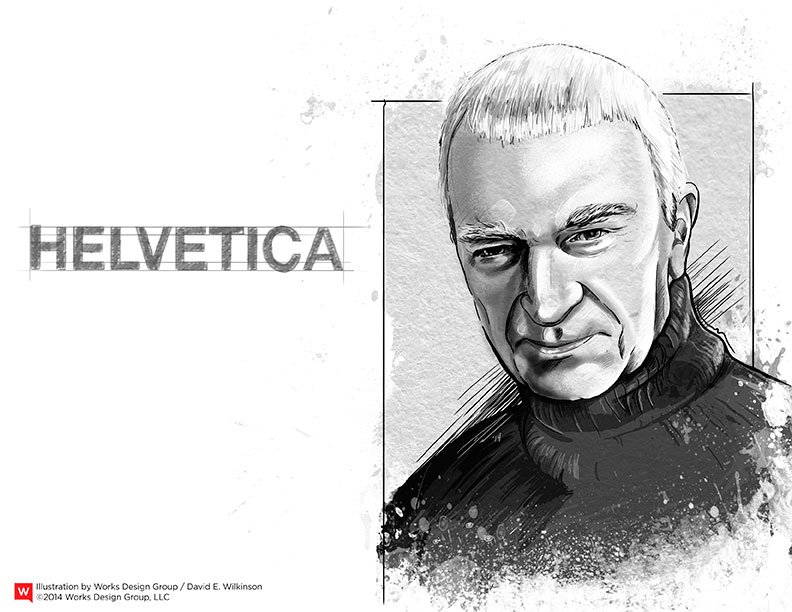 Massimo Vignelli was born in Milan, Italy in 1931. He is a renowned designer who has created an impressive body of work in areas ranging from package design to interior design, and everything in between. Together with his wife, Lella Vignelli, he founded a design agency by the name Vignelli Associates, and designed The Vignelli Center For Design Studies.

Vignelli is responsible for a great number of nationally recognized logos, such as American Airlines, IBM, Bloomingdales, and more.  His work both through his design agency and otherwise has been published and exhibited throughout the world and has influenced designers the world over.  He has been recognized with an impressive range of awards and honors over the years and continues to be heralded as one of the premier influencers of the typography that we know and love today.

He is also responsible for designing the Helvetica font more than 50 years ago, and changing the way we look at typography today.  In fact, “Helvetica” is now a feature-length documentary about typography, fonts, and graphic design.  It stars none other than… wait for it… Massimo Vignelli!!  Two feature-length television programs have also been devoted to Vignelli’s work.

With all that said, his most popular and perhaps most enduring work still remains the NYC subway map, which was recently updated from the original version. The New York City transit system can be rather complicated, but Vignelli created a design that organizes the various lines into a clear, colorful map. His masterful work has influenced everything from transit map design to furniture design and impacts the daily life of commuters, designers, and the American public at large.

Vignelli works to create unique designs that can remain relevant over time. Along with his portfolio of work, Massimo Vignelli, and his wife Lella, have been known to eat, sleep, and breathe design. They create effective designs based on three investigations in design, including the search for structure, specificity, and fun. “I strive to raise the bar a few inches, taking the commonplace and improving it,” Vignelli said.

Vignelli believes in following the Modernist tradition, which focuses on minimalism and the use of basic geometric forms. He subscribes to the belief that simple, but strong, design is the best way to remain timeless. As he so eloquently put it, “If you do it right, it will last forever.” This form of stripped-down design has become increasingly popular over time and continues to be used in print, online, and packaging design today.

Vignelli has published a number of works in the past and currently hosts master design workshops, speeches, and interviews both domestically and abroad.  He and his wife continue to work and inspire others.