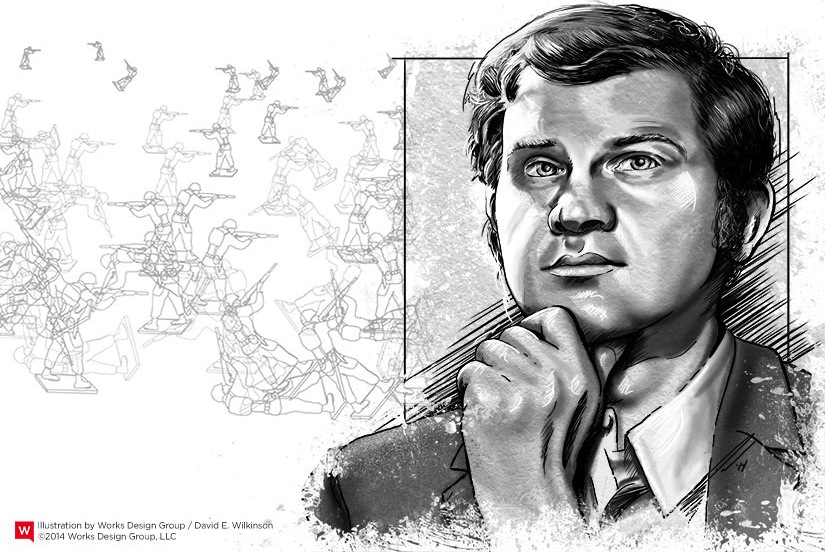 Charles Csuri (better known as Chuck) is an American painter who transformed works of art by creating a series of digital drawings based on renowned paintings. He is known as the father of digital art and computer animation, and paved the field for artists in the future. Named an All-American college football player by the Ohio State University, he turned down a professional football career to instead pursue his studies in computer art at the graduate level.

Csuri has always been ahead of his time and The Museum of Modern Art (MoMA) even recognized the artist as a leading pioneer of computer animation. His most notable pieces are “Random War”, “Hummingbird”, “A Happy Time”, and “La Primavera”. His work has also been featured in a number of television programs and by Walt Disney Productions.

His work has been studied and presented around the world. He has also been privy to a number of awards, honors, and achievements around the world, including both the prestigious Governor’s Award for the Arts and the Ohio State University Sullivan Award in 2000.

Csuri’s paintings are based on paintings from such masters as Durer, Goya, Ingres, Klee, Mondrian, and Picasso.  He is also inspired by the work of Sir D’Arcy. Csuri discovered a way to convey a new set of feelings and emotions from a work of art originally designed by another artist. Each brush stroke conveys a different emotion and Csuri believes that the bolder the brush stroke, the greater the power and feeling. He also offers different styles of art, ranging from vector/plotter computer imaging pieces to algorithmic paintings.

In regards to his design strategy, he has said, “Sometimes I prefer the mix of my traditional background as a painter and my experience with the computer.” He utilized two basic procedures to achieve a computer sculpture: a mathematical procedure and a comprehensive set of computer programs. He also said the creative process works best when he is “able to live in a space of psychological uncertainty”.

To create his unique works of art, he said, “I see and feel a single object from many points of view. When I make copies of an object, they become captured instances of time representing inner agents and different psychological states. Symbolically, it represents past, present, and future states and becomes a character within a virtual space.“