Sometimes, overthinking is key when it comes to branding. While some companies launch as quickly as possible, others take a very deliberate approach to branding. One such example is Warby Parker.

The Warby Parker brand was founded in 2010 by four friends at Wharton. They sell prescription eyeglasses and sunglasses online and offer a limited number of physical offices throughout the United States. The idea sprouted from the co-founders recognizing that the industry was monopolized by large firms like Luxottica, making it nearly impossible for consumers to find affordable, quality glasses.

Co-founder, David Gilboa, said, “We spent about a year and a half from when we came up with the idea to when we launched, and a huge part of that was building a brand we could believe in.” Co-founder, Neil Blumenthal, actually said that most startups underinvest in branding.

Most investors would agree that they are “more disciplined about brand than any other entrepreneur.” The founders agree that when starting out, you can’t underestimate “the importance of really defining who you are and what you stand for and having a very distinct point of view.”

They carefully explored every detail of the brand design. In fact, they explored roughly 2,000 names before settling on Warby Parker, which combined two names from Jack Kerouac’s journals (Zagg Parker and Warby Pepper). They tested the name on about 1,500 of their friends to see how they reacted to it. Blumenthal recalled that “the fact that it resonated with people sort of built in credibility.”

Even the price involved a lot of thought. They set the threshold at $100, but $99 sounded discounted and “Visually, it’s not that pretty.” Blumenthal recalled that “$95 is deliberate, visually; it’s more appealing.” While it means less revenue, he found that “You sometimes have to make tradeoffs to do something creatively and beautifully versus always just going for profits. In this case we’re trading $4, but we think that the upside is bigger.” 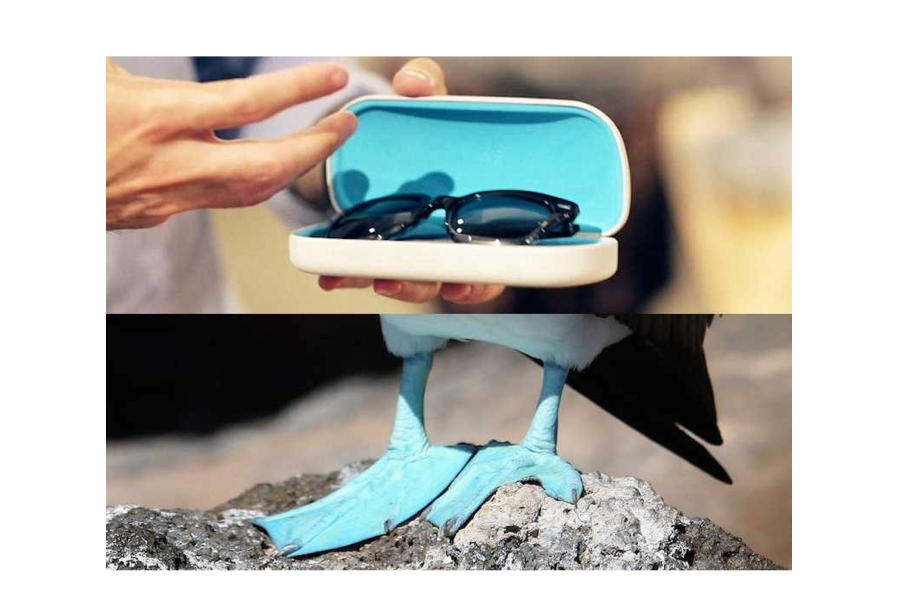 The white and light blue branding is inspired by the blue-footed booby bird. They were also inspired by Zappos’ customer service, Apple’s focus on simplicity, Nike’s brand clarity, and Patagonia’s pro-social initiatives. 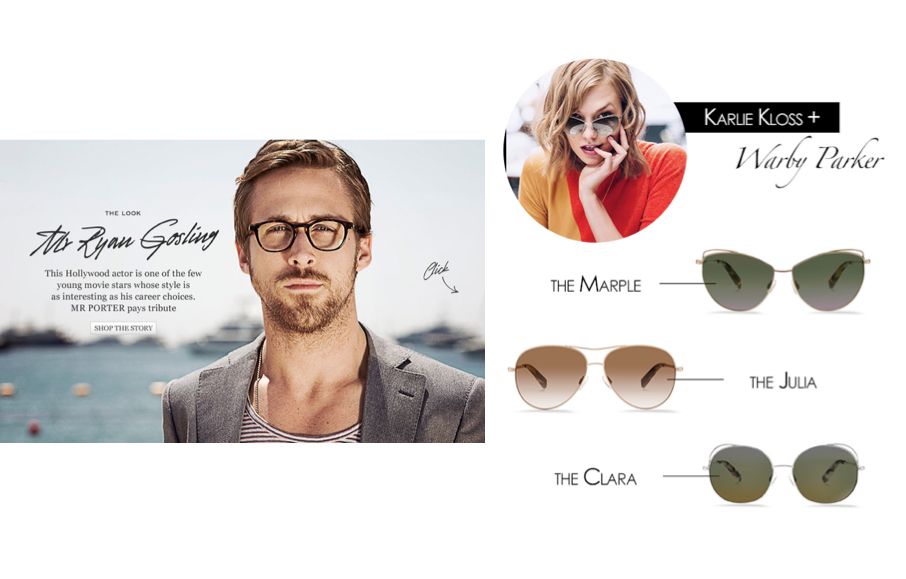 They’ve also had highly successful brand partnerships, with celebrities like Karlie Kloss and Ryan Gosling, as well as with productions like the Man of Steel movie.

How a Mistake Turned Into a Triumph 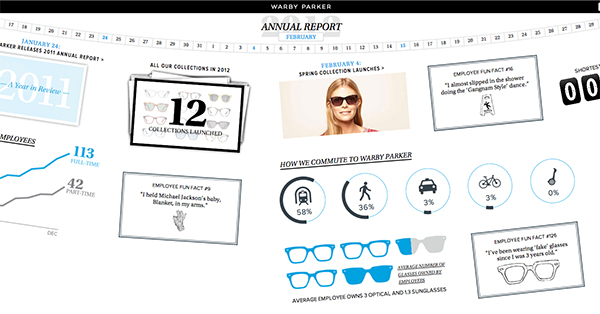 While the founders came up with the idea for Warby Parker in 2008, they weren’t planning on launching until March 2010. GQ contacted Warby Parker for a story that would publish in the March issue (before Warby Parker had even officially launched), so Warby Parker decided that this would be their official launch date. They later found out that the magazine would hit newsstands on February 15, so the founders realized they had to push up the launch date. The site went live on February 15 and within 48 hours, the orders came pouring in so quickly that they had to temporarily suspend the home try-on program.

In the article, GQ dubbed them “the Netflix of eyewear”, leading to a waitlist of 20,000 people. In only three weeks, the company hit its first-year sales target.

The Warby Parker brand has leaned on telling engaging stories to reach a new audience. One such story occurred in 2011, when Warby Parker found a way to participate in NY Fashion Week, even though they couldn’t afford to. They invited a number of fashion editors to a “hush mob” at the public library. There, about 30 models were reading from bright blue books, dawning the latest Warby Parker designs. Every editor that attended wrote about the event. 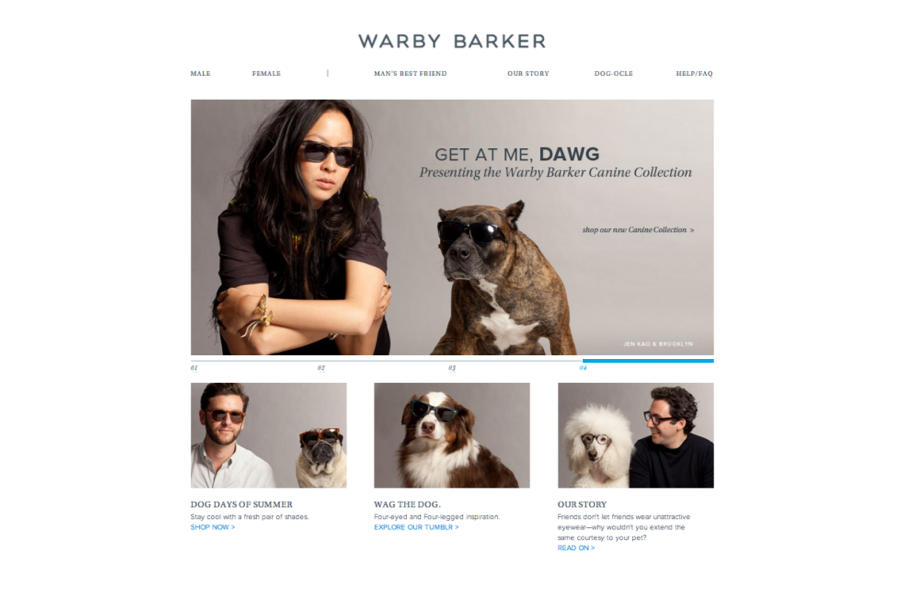 Other compelling, shareable stories include Warby Parker’s 2,000+ one-to-one video answers and April Fool’s jokes (such as launching glasses for dogs). Their social mission is also highly shareable. They donate a pair of glasses to someone in need for every pair purchased. To date, they’ve donated more than a million pairs of glasses.

Trailblazing at its Finest

Most people seemed hesitant about buying glasses online. This led to Warby Parker becoming one of the first to introduce a home try-on program, where consumers can try on five frames at home, at no cost. They confirmed that people who try items are 50% likelier to buy. They were also one of the first to go direct to consumers online, rather than relying on in-person purchases. They design glasses in-house and sell only directly to consumers, which allows them to lower the cost of prescription eyewear to an affordable $95 per pair. Today, more than 50% of their traffic is driven by word-of-mouth referrals, proving that when you get the branding right in the beginning, people are sure to notice.