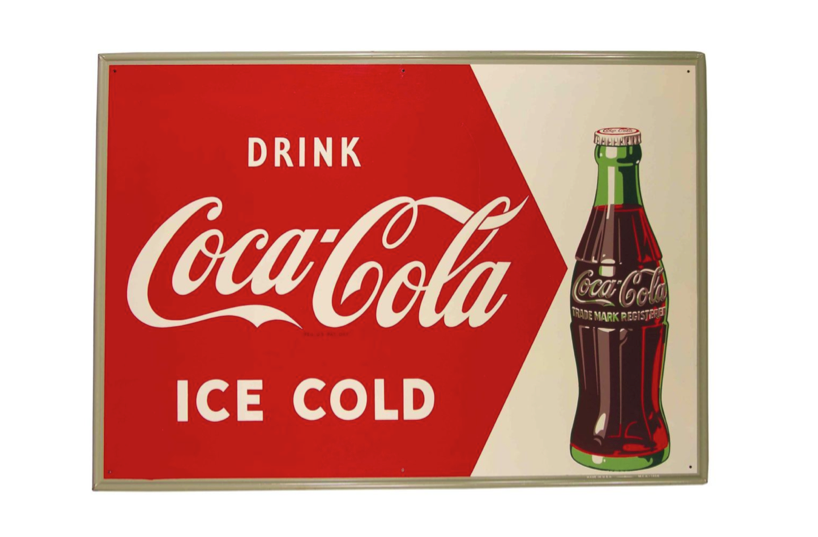 Andy Warhol once famously claimed that America’s tradition of mass production was what made it a great country. He said:

This kind of thinking, that every unit of a product should be exactly alike forever, has been part of the foundation of branding strategy for decades. Consumers had, in the past, relied on consistency as a measure of quality. But in 2017, the relationship that shoppers have (and what they want to have) with the brands that they buy has changed. Consumers are less trusting of big brands, and overreliance on sameness may be costing companies business with modern shoppers who are looking for more personal experiences.

Even Coca-Cola, Warhol’s shining symbol of mass production, is embracing the trend towards customization in their bottle designs. They took a huge risk with their enormously successful “Share a Coke” campaign, where they replaced their legendary logo with 1,000 different names. 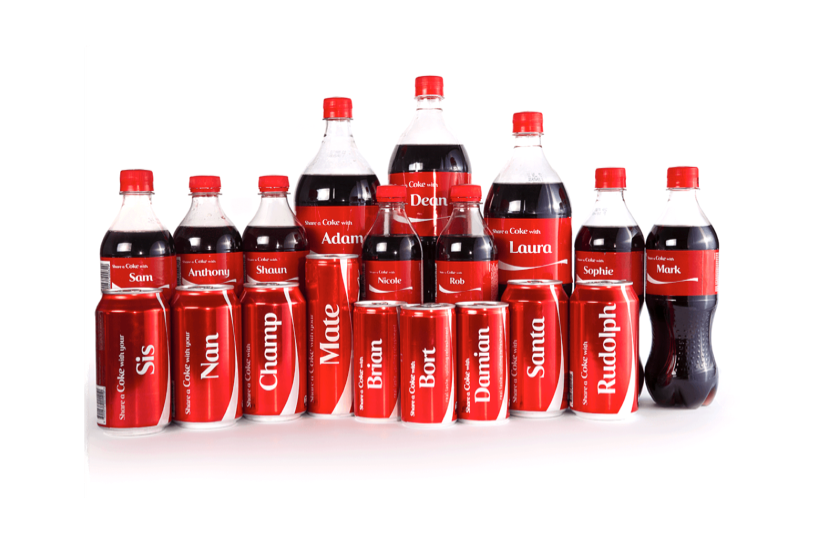 Not only did this create a smart, personalized experience for consumers, it also showed that the company understood the need for branding that lends itself to social media engagement. A big part of the customization trend is that the evolving media landscape has transformed company-consumer interactions, so that there are more conversations and less one-way dialogue. The “Share a Coke” bottles made consumers feel excited about drinking something that has been in their family’s fridge for generations, and by risking their brand equity, Coca-Cola saw soft drink sales rise more than 2%. 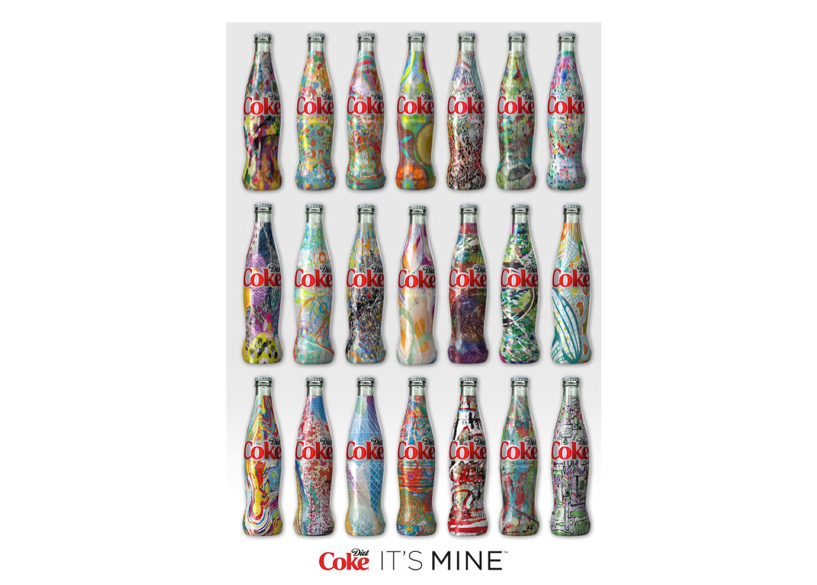 The company has taken this concept one step further with their “It’s Mine” campaign. Using HP’s SmartStream Mosaic software, Coca-Cola produced millions of glass Diet Coke bottles, each with a completely unique design. Purchasing one of these bottles means owning the only Diet Coke in the world that looks the way that it does – no movie star or President can drink one like it. This is the future of branding.

When Tazo tea first came onto the scene in the 90’s, the spiritual, mythical look was considered innovative and modern — as The Dieline put it, the packaging “really represented the times”. For years Tazo was associated with that new-age image, and the design remained virtually unchanged for about two decades, even after the brand joined forces with Starbucks. Once the coffee giant completed their own redesign in 2012, they decided that it was time to bring Tazo into the new millennium.

What was once a fun standout in the boring tea market was now corny and outdated, and nearly every visual element that defined Tazo was thrown out. In its place was a clean, white background,  with the flavors present in each variety clearly displayed in a neat little picture. The rebrand here was so successful because the company understood what was valuable about the product and maintained its spirit with the new look, while still being unafraid to go in a radically different direction than what fans were used to. 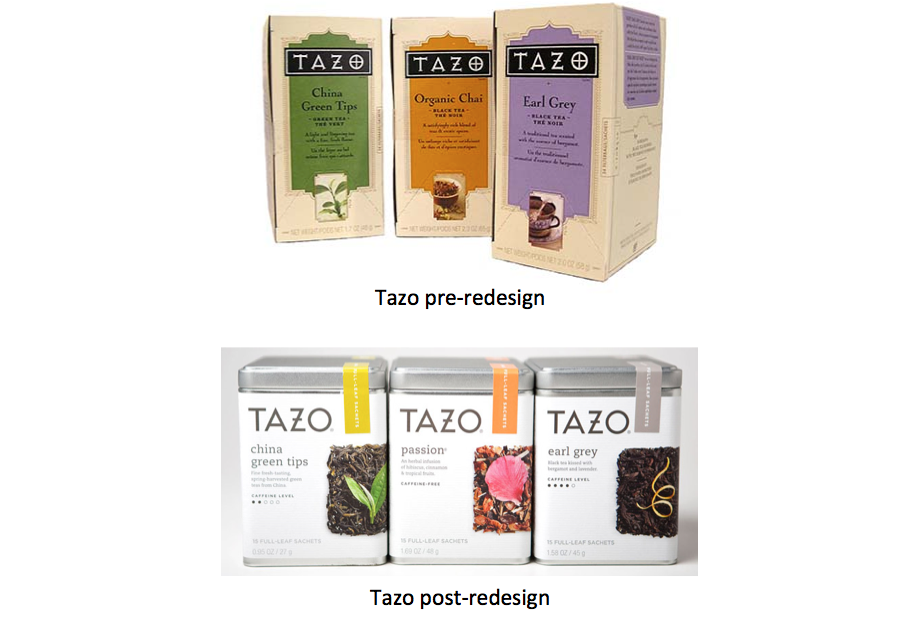 What is also interesting about the redesign is that nowhere on the packaging does it make any claim to be affiliated with Starbucks. Starbucks is one of the most recognizable and beloved brands in the world, and if the company was trying to introduce the tea to a new generation, then the association could have been a potentially valuable asset. The fact that they distanced the packaging from the Starbucks brand could indicate how the company anticipated consumers may come to feel about big brands.

Unfortunately, years of pink slime exposés and soy chicken sandwich scares have conditioned consumers to be wary of brands that could be considered “Big Food”. Today’s shoppers are drawn to brands that seem to care about them and their families, and the reputation of national brands as a whole is that they care far more about finding ethical shortcuts in order to increase profits. One of the core tenets of brand equity is name association, and if all shoppers can think of is artificial flavors and hormones, then brand equity is worthless.

Hellmann’s has also recently had a redesign to better appeal to contemporary shoppers. The “deli-inspired” look and feel of the product gives off a more wholesome vibe, and the photographs of eggs play into consumers’ desire for fresh, easily understandable ingredients. 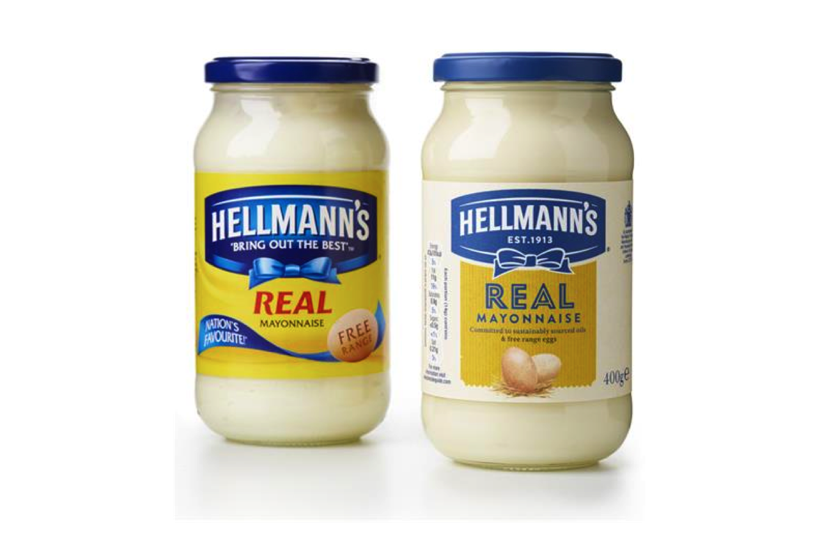 The color palette isn’t an extraordinarily dramatic change from what Hellmann’s had before, but the jar does look different enough that many longtime buyers searching for that distinct yellow label will have a more difficult time finding it. Some may even abandon the brand altogether, afraid that Hellmann’s is either now “too fancy” for them or that the change in design signifies some kind of major difference in flavor. Hellmann’s knows that they face these risks, and yet has chosen to ditch their iconic packaging anyway in order to stay relevant.  Ultimately, relevance does matter more than consumer loyalty.

Some companies are forgoing their usual branding in order to compete in a specific local market. For example, Airbnb, which has been hugely successful in this new anti-big-brand economy, just announced that they are not even keeping their name consistent across all markets. In China, they are now calling themselves “Aibingyi”, which is meant to be easier for Chinese users to pronounce. While it is not unprecedented for businesses to change their names when entering different markets, Airbnb faces unique risks in that this could cost them users that travel internationally, a group that is quickly growing. If a frequent Airbnb user from Sweden is vacationing in Shanghai, they may overlook the unfamiliar Aibingyi.

Brand equity, while important, is overvalued by big brands. More than consistency, today’s shoppers value niche traits like individuality, freshness, and smallness. Scarred by many years of health scandals, consumers do not have faith in big brands that way that they used to, and brand recognition is no longer the coveted feature that it once was. In 2017, companies that hold on too tightly to their same old branding risk falling behind in the new economy.